After a few small delays last year then a huge delay when my daughter was born 3 months early last August (1 week before the scheduled shoot) we finally shot 'Rest' this week.

'Rest' is a very short film about grief and grieving. The intense moment of distress and pain and the never ending journey of missing someone and the loss that stays with you.

I conceived the film in the year after my step dad (who I had lived with since I was 5) died after a long illness but all the same to young and too suddenly. The interim few years since have thrown up many different feelings and confusions about the step dad/step son relationship as well as a general sense of loss and trying to make sense in some small way to what happened to my family. 'Rest' is part of me working through those thoughts and emotions but in a wider sense to hopefully universalise grief and grieving and connect with others who have also lost.

Working with a local producer Lee Rayner to bring my 4 page script to life, we started casting and preproduction in Feb 2013. After all the stop and starts mentioned above (and in the meantime the perfect shooting space opening) we eventually shot mainly at Band Films amazing studio in South Bristol. We also had a two interiors at a local hotel and then a few skeleton-crew car driving and roadside shots.

Although it was a big task to get to this point where all the shots are in the can, we're probably only actually about a third of the way through the film due to the huge amount of vfx that will be commencing shortly.

Here's a bunch of stills from the shoot... 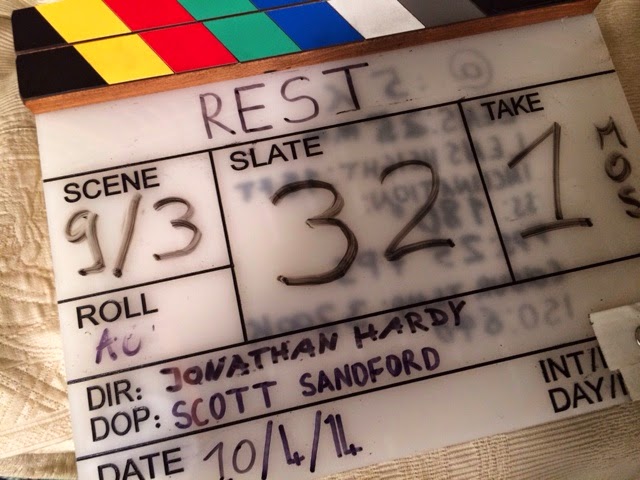 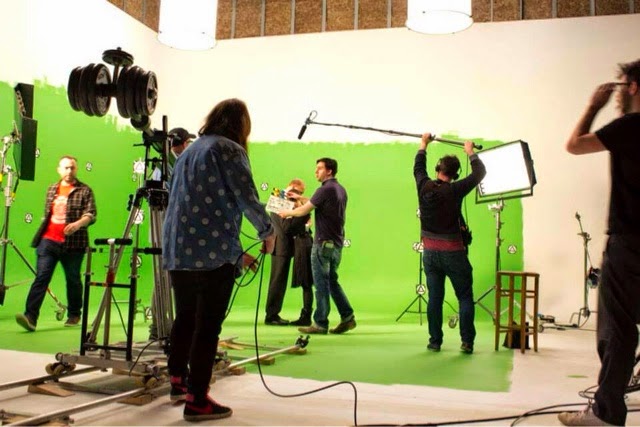 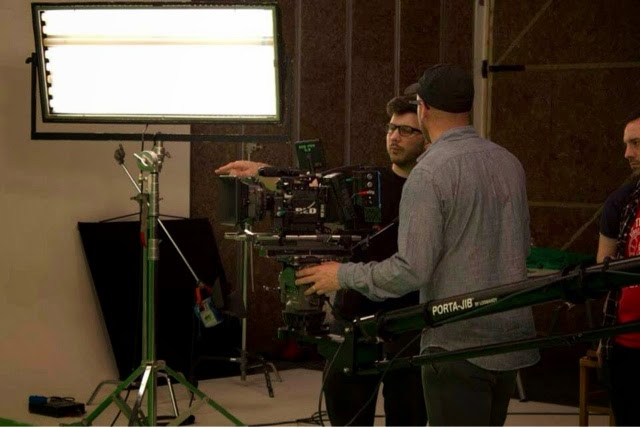 Me discussing shots with the DoP 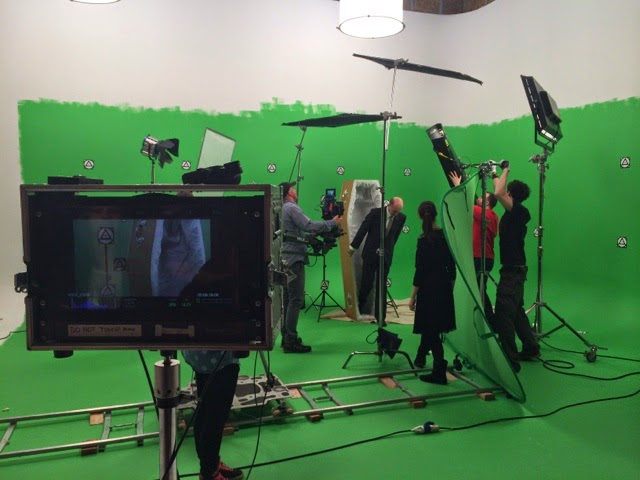 The most complex shot of the film, when the coffin lifts up and rotates to come face to face with the person standing over it. But we left the coffin still and cheated actor positions, did a clever camera move and rotated the lights around to fake the movement. 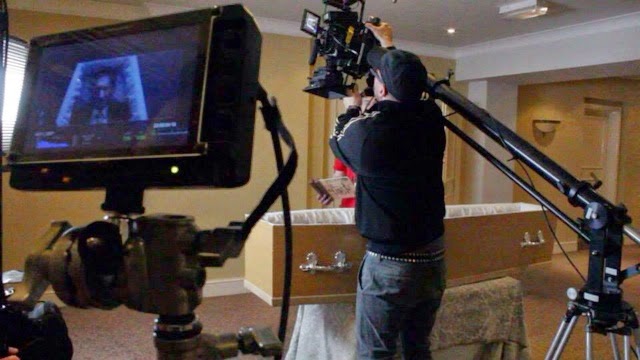 Scott setting up for a shot in the Chapel of Rest. 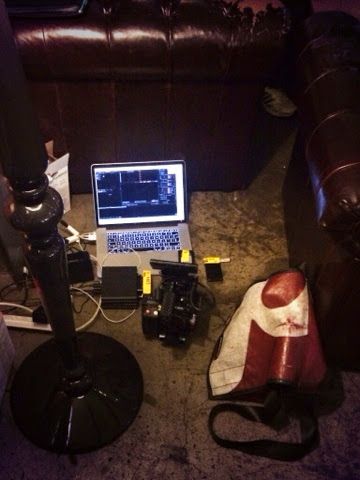 Having a wrap drink with the crew whilst we copied rushes over in a busy bar, on the floor! Rarely advised. That's the RED Epic camera that we shot on also on the floor!

It was one of my favourite experiences working on a short, with a great crew (of which I've only worked with the DoP before). Looking tentatively forward to the mass of post production and then moving on to my next film.

Around 80 Days In The World

My Dream / My Reality

We Are The Ocean / Chin Up, Son

Jim Moray / If It's True